Britain’s 'Ultimate Pop Star', Sir Cliff Richard, invites you to be part of the most spectacular party of the year, as he celebrates his 80th birthday. Filmed on 27th October 2021, Sir Cliff performed The Great 80 Tour at the Royal Albert Hall, London. After more than a year away from the stage due to the Covid pandemic, he celebrated his return to live music by performing a selection of his greatest hits, some from his latest album, and a few long-forgotten album tracks.

The Great 80 Tour was originally scheduled for 2020 to coincide with Sir Cliff’s 80th birthday. He celebrated a full year later, inviting audiences to mark this very special milestone with him.

"I shall begin the tour aged 80 and will be 81 when at the Royal Albert Hall – what a great way to celebrate." 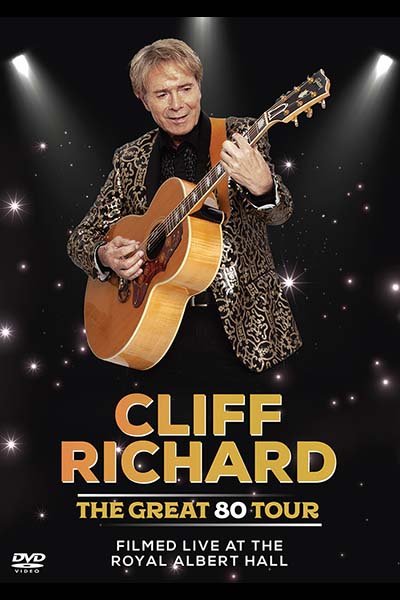